The Silver Leaf Cohousing project in our hometown of Paonia, Colorado is beginning the first stages of infrastructure installation as of late 2016.  The project is geared toward community elders who wish to share amenities and ultimately have a small footprint on the Town and planet.

Each unit is designed for one or two people to comfortably live, while sharing a community house with laundry facilities and a kitchen for larger gatherings.  By maximizing the allowable density they will reduce their added impact on infrastructure while benefiting from being in an established part of a rural town that is seeing a recent boom in population and interest as it gains notoriety for being the organic agriculture center of Colorado.

Silver Leaf was spearheaded by the late Rob Dick, a visionary cohousing developer, along with a committed group of elders who plan to reside in some of the units.  The ownership structure is based on a condominium model where each resident owns the land under their residence and a share in the remaining common space and facilities.  There are no age restrictions to become part of the project, but it is being marketed toward those who wish to age gracefully in a communal setting.  Paonia is already home to other elder facilities, so this one is simply a new type of addition to that local demographic.

The project concept was design by 3 Cycle Studio of Paonia.  Three different units have been designed, along with the community house to sit lightly on the land.  The units will be built of adobe and all of the are oriented to maximize solar gain.  Solar electricity is also planned.

Odisea performed the civil design for the project, which included water distribution, sanitary sewer and drainage.  We also provided an engineers estimate of the cost of construction for financing purposes.  We will work closely with Elemental Design+Build as they develop the project into 2017.  Odisea is also doing the structural engineering on all of the structures. 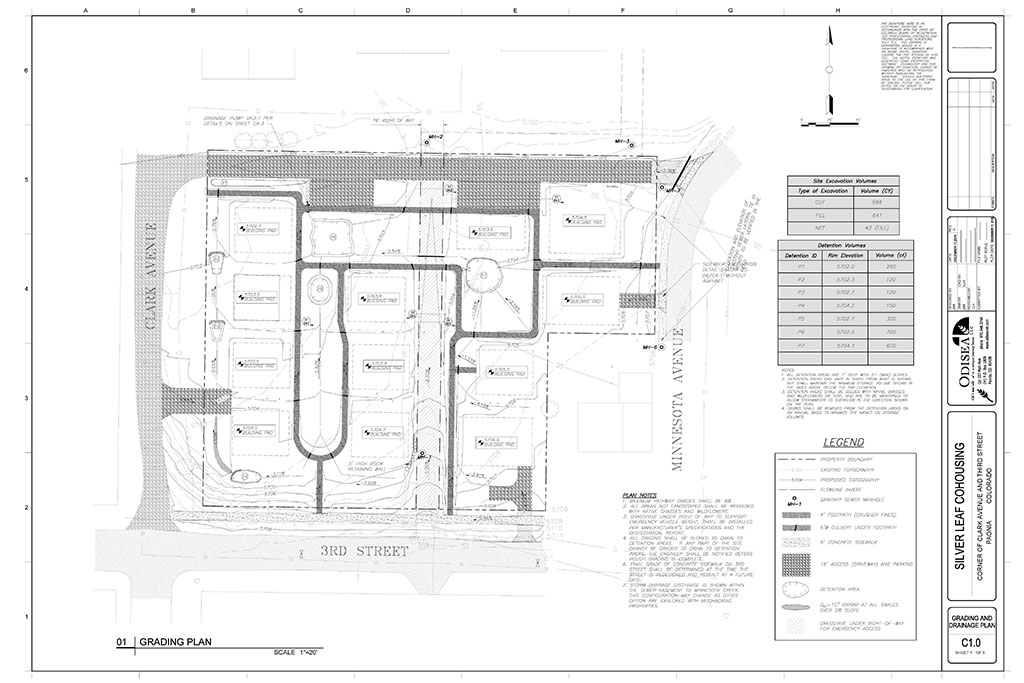